Simplification in design. Good or bad? Simplification in graphic design is everywhere these days. You most likely have seen plenty of the apps and websites you use every single day simplify their logo’s over the years. There are many examples but the one a large majority of us will recognise is the change of the google logo.

But why is this the case? Why are logo’s and brands simplifying their designs?

It comes down to memorability and a change of trends over the years. Logos a few decades back followed a very detailed style, with lots of them containing realistic drawings of people or animals. The apple logo originally was a very detailed drawing of Issac Newton sat under the fabled tree and the font used was a serif font. Now, look at the Apple logo today. The text has been completely removed and the detailed image has been replaced with a very simple vector of the iconic apple. This logo is a lot easier to use in their marketing and most of all, is so simple in its design that it can be recognised by everyone. Too much detail in a design and people will not be able to retain it.

However, sometimes simplification can be a double aged sword. If you have been on the internet you may have noticed the jokes surrounding the evolution of the Firefox logo. 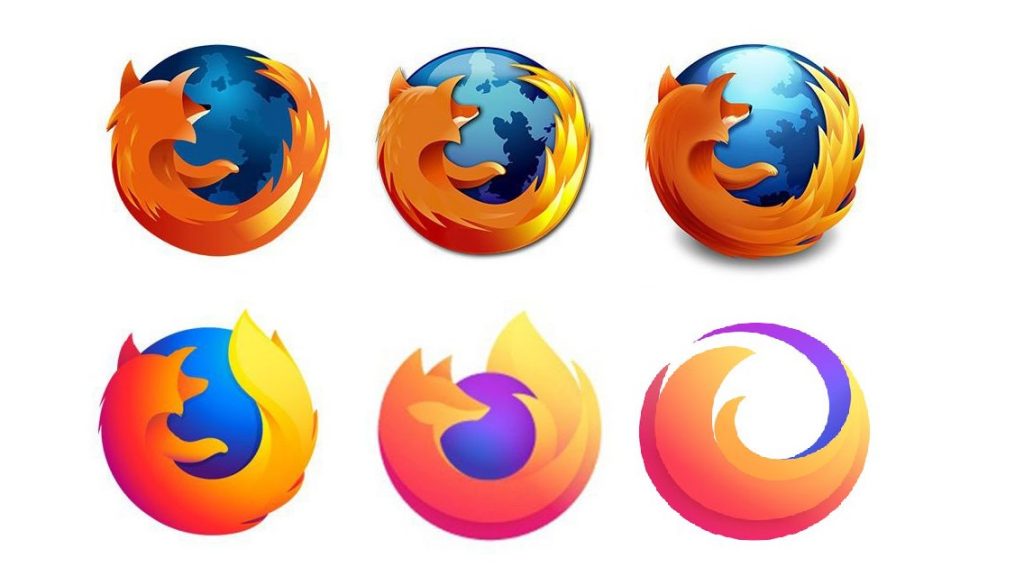 Firefox has existed since 2002 and over the years it has changed its logo to become less detailed and more simplistic with fewer colours and detail. People were not angry at the changes and still appreciated the logo up until the last few years. In recent years, firefox ironically came under fire for removing its namesake from the logo. They removed the firefox and replaced it with a few curved lines.

Even though this turned out to be misinformation and the logo was in fact for the parent company, not Firefox itself, this is still an example of how oversimplification on an already existing logo can damage a company. A simple logo is nice but removing the link to the company, in this case it was the easily recognisable fox, can remove the identity and in this example, set the internet into an angry frenzy over it.

So where is the happy medium? How do we simplify a logo without removing its identity? Consider where your logo will be seen the most and who it will be seen by. Most logo’s that are used for apps keep this in mind by having no text at all to make sure the logo is front and centre as well as sticking to a select colour palette in order to make them recognisable from the colours alone. Instagrams logo changed to suit the modern era as the old logo did not fit with the new generation of people using the app. Yet in the change, it continued to show in its logo that it was an app for images with its simplified camera icon.

If your logo does include text, maybe try and use a sans-serif font if it fits the tone. Sans-serif fonts look smooth and are often associated with the modern world and minimalism. They are easy to read and often more pleasing to look at compared to a serif font. Try using a minimal colour palette either with block colours or even a gradient! Gradients can make your logo look 3D and allow it to pop on a screen whilst block colours are vibrant and stand out amongst the crowd.

The most important part to remember is that your logo should still have a link to your brand, even after being simplified. Whether it’s with a simple minimalist icon or the initials of your brand name, it should always link back in some way.